Notice to all Springville Residents 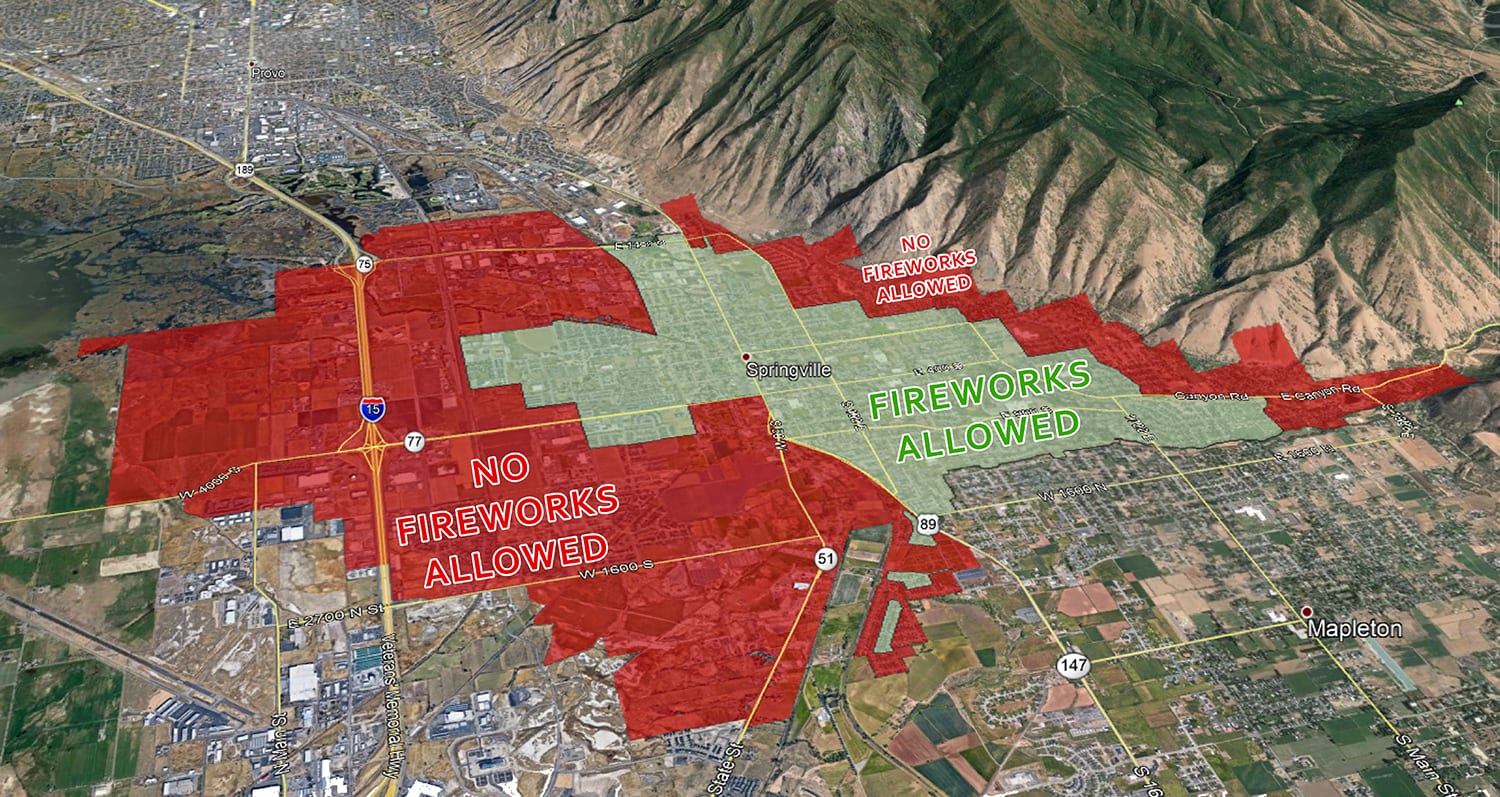 Utah fireworks laws allow the purchase of legal fireworks from June 24 – July 25, 2022. Fireworks can only be discharged two days prior and one day after the holiday (July 4 and July 24).

Due to the high level of fire danger, the Springville City Fire Chief is closing specific areas of Springville for the use of all fireworks from July 2. – July 25, 2022.

All fireworks are prohibited in the following areas:

Legal fireworks may be used in other areas of town from 11 am to 11 pm, between July 2. and July 5 and July 22. and July 25, except that on July 4 and July 24, the hours are 11 am to midnight. We encourage all in restricted areas to take their families to any of the city parks outside the banned area to set off fireworks.

The State of Utah controls the purchasing and use of fireworks in all areas of Utah. The code allows for the use two days before, on the day of, and one day after the 4th of July and July 24th holidays. Here is the code section: 53-7-225. Times for sale and discharge of fireworks.